What is an Integrity Pact?

Integrity Pacts (IP) were developed in the 1990s by Transparency International as a tool for preventing corruption in public procurement. An Integrity Pact is both a legally binding agreement and an approach to a public procurement process which commits a contracting authority and bidders to comply with best practice and maximum transparency. A third independent actor, in this case a civil society organization (CSO), monitors the process to determine whether it is in line with commitments to transparency, accountability and anticorruption. The approach aims to promote clean public contracting through government and private sector commitments combined with civil society monitoring and public engagement.

How are irregularities and corruption reported?

It is anticipated that the monitor will encounter a number of early warning signs of corruption during the implementation of the project rather than corruption itself. How this will be reported will depend on the case. It could range from a discussion among the signatories to the Integrity Pact to an official report to the relevant authorities. The monitor will follow up with the case and record findings in its regular public reports.

How will wrongdoing be punished?

The approach does not give powers to the monitor to punish wrongdoing. The obligation to punish wrongdoing remains with the relevant public authority or private entity depending on the source and severity of the wrongdoing. The monitor will, however, follow up with the authorities to ensure that action is being taken. Furthermore, the monitor will publicly report on the issues identified and on the steps taken to address them. Weaknesses or inefficiencies in investigating and punishing wrongdoing will be highlighted.

Why are you working with a contracting authority within the public sector that is generally thought to be corrupt?

The project is intended to detect and prevent corruption by increasing civil society involvement; working with reform-minded actors; and demonstrating good practices. It is not a stamp of approval. The approach requires very clear and legally-binding commitments at the outset from each party. Should a contracting authority enter into an Integrity Pact, it is a strong indication that the institution has taken the decision to commit to anti-corruption measures. Our role as civil society is to support that whilst remaining independent. We will make recommendations for improvements but we will also raise issues when they arise. The contracting authority must proactively participate and demonstrate its commitment to transparency and anti-corruption measures throughout. If they fail to do so, the monitor can and will exercise its right to withdraw from the process. They can then continue to work from outside and draw attention to the weaknesses identified.

How did you choose the procurement processes that you will be monitoring through this project?

Contracting authorities were invited to submit expressions of interest to a review panel made up of DG Regio, DG Home and Transparency International Secretariat. Their applications included a suggested public procurement process to monitor. This invitation included clear selection criteria based on which 17 projects were selected. In case of Greece, during the first phase of the project, there was a promotion through a series of meetings and briefings to a number of Managing Authorities (Ministries, Regions, Municipalities) that were selected based on projects’ budgets and type (construction, capacity building) as well as the population dynamic. More specifically, communication was established with the following authorities responsible for public works/public procurement: “Competitiveness, Entrepreneurship and Innovation”, “Infrastructure, Transportation, Environment, Sustainable Development”, “Human Resources, Training and Lifelong Learning”, “Public Sector Reform”, Attica Region, Macedonia Region, Municipalities of Athens and Thessaloniki. All authorities initially approached had a positive and constructive reaction but the authority that finally expressed interest to participate in the implementation phase of the IP through the selection of a particular project was the Managing Authority of Attica Region that submitted an application directly to DG Regio.

Is the project just another layer of bureaucracy adding further burden on a heavily monitoring mechanism?

No. The project is in fact seeking to demystify public procurement processes and to make them more transparent and accountable to the public. The project should also increase the likelihood that members of the public will raise their voices and that the contracting authority will take these inputs into account. In this way, the project does not add another layer of bureaucracy but rather seeks to change attitudes and relationships that matter in order to ensure good quality, efficiency and value for money.

Why the IP project is a different or a better approach?

Because it encourages the participation and collaboration of different actors involved in the implementation of contracts for public works emphasizing on the importance of their trustful and effective cooperation. It, therefore, underlines the significant role that Civil Society actors can play in the monitoring of a public procurement process, something that is currently not happening.

Will you ensure clean contracts and no corruption?

Our approach aims to improve the likelihood that corruption is detected. If there are poor practices these will be highlighted and improvements or redress sought. The monitor will propose recommendations to avoid corruption; through public reporting it will increase the transparency of the process and demonstrate how such best practices can work elsewhere; and it will seek to engage the public and demonstrate the role that they can play in improving public procurement overall. It will not, however, guarantee the absence of corruption.

What are the benefits for society?

The specific benefits to society will depend in part on what the public procurement project being monitored is. A road building project may, for example, mean that society benefits from a road built to a high standard and according to the correct specifications. However, more broadly speaking, this approach contribute to a number of benefits for society. It contributes to building greater trust in public procurement processes. When businesses trust the process, there is greater competition and better value for taxpayers’ money; when the public trusts the process it improves the likelihood that they will engage in future contracting processes. By increasing the level of knowledge of best practices, the public are better able to hold their governments to account and governments can improve their anti-corruption performance.

What is the long-term target of the project?

The European Union intends to test the effectiveness of Integrity Pacts in a wide spectrum of public works and budgets with a target to: 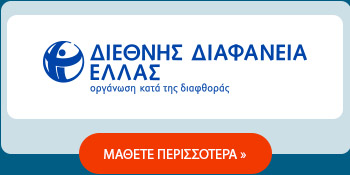